Join The Fireball Squadron & Help Save The Concordia

capi3101 has finished up his latest Wing Commander RPG campaign. The story here follows the exciting episode that culminated in the loss of the majestic TCS Concordia on Vespus, off the Mistral Coast. At least, that's how it happened the first time around... Players will find themselves flying off a Confederation cruiser that becomes involved with fateful events that occurred in the weeks leading up to Wing Commander 3. The entire campaign is available here as a 4.1 megabyte PDF. He's also offered it up on Lulu in case anyone would like a printed copy. You can find more information on the Wing Commander RPG here. 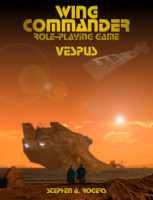 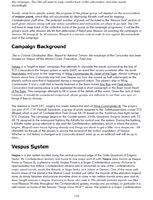 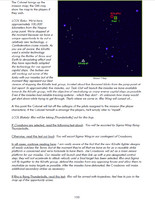 Gentlemen, I'm please to announce that after nearly eight months of work, the Vespus campaign is finally complete. As with Prelude and Enyo, I have it available from Lulu.com as a free PDF and as a paperback. The paperback is going for $7.48 plus S&H and tax; my copy came to about $11.50 all told.

TCS Concordia. Mighty flagship of the Enigma Sector fleet. The player's home base in Wing Commander II. The ship that turned back the Kilrathi at the Battle of Earth. The story of how she wound up in the Mistral Sea has never been told...until now. As a pilot aboard the cruiser TCS Bhopal, it is your job to save the lives of over five million Confederation colonists, and if you fly well, you may have the opportunity to rewrite history and save a legendary ship.

Vespus is a miniature campaign developed for the Wing Commander Role-Playing Game. This guidebook contains all the information you need to safeguard the five million colonists living on the surface of Vespus Prime, including:

capi put the finishing touches on the project on August 10, so he also included a kind mention of the CIC's 15th Birthday on the title page. Thanks!