Lt. Overload has been hard at work on a Secret Ops mission pack. As a bonus for today's big day he has released a bonus teaser mission to give everyone a taste of what he has in store. I'll let him tell you about it:

An alien factory is constantly building drone fighters, classified as "Cuttlefish." The TCS Midway, working to eliminate the alien threat from the Tartarus system in the Border Worlds, must destroy this factory to stop production of these deadly drones. However, jamming technology is preventing the location of the factory from being found. Your wing will destroy the source of the jamming, a field of alien probes, to allow us to find the factory. Once they are destroyed, the path to the factory will be clear. You will return to the Midway to pick up a bomber wing, then attack the factory. Destroying this factory will deal a deadly blow to the alien forces in this system. Includes a new custom sector, and two new alien ships. 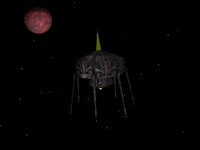 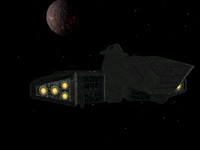 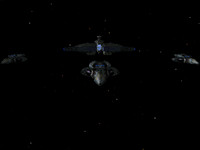