Klavs tipped us off about the amazing creations of John Douglass. He's been building physical spaceship models for more than fifteen years, and many of them have been carefully catalogued on his website. His designs are inspired by many different things, and several have a Wing Commander basis. The first ship below is the classic Drayman. He's taken the transport through numerous iterations beyond the Drayman II, but the very first one really resonates for anyone who remebers escort missions in the Vega Sector. There's also a Heretic from Privateer 2, which is painted an energetic orange. The third ship pictured below is a Kilrathi Fralthi, and it's one of a few of his warships based on the design. It's amazing how much that side profile resembles the original! 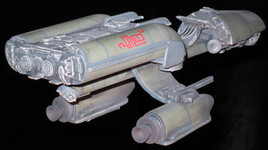 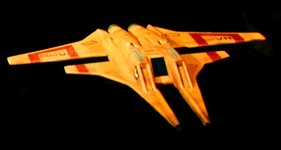 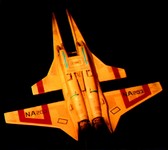 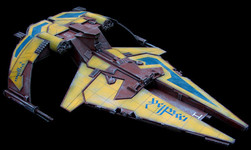 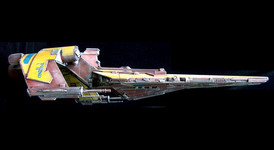 My first computer game was Wing Commander. I've built several ships inspired by it, mostly Fralthi Cruisers. One of my favorites, though, was the little, seldom seen, Drayman-Class freighter. I built one once, back before I took many pictures, making it look quite a bit like the original, even down to the paint scheme. Having become inured to any structural sensitivities by years of watching Star Trek, I can appreciate what makes the Drayman design so interesting.