Cloud Imperium Games has settled into their new Austin offices, and that means it's time to hunker down and get to work on Star Citizen. Chris Roberts was on hand last week to officially kick off development. Although the pace of news related to the game has slowed compared to the height of their crowdfunding campaign, there are several cool new methods to interface with fans.

A new weekly show called Wingman's Hangar broadcasts live at 11 AM CST on Fridays. The inaugural episode aired January 4 with Eric Peterson, president of production, and Ben Lesnick, designer and community manager. Check it out below. Subscribers also have access to an insider newsletter by Wing Commander veteran David Ladyman.

Finally, here's a shot of the newly retextured Bengal class carrier flight deck, plus an image of Chris Roberts consulting with Mr. Ladyman. Note the Wing Commander guides and Privateer boxes piled around the office for reference! 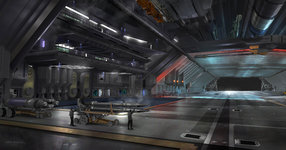 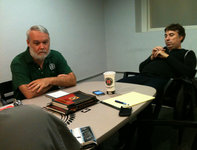 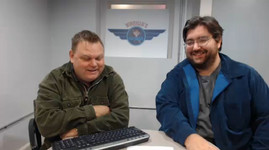 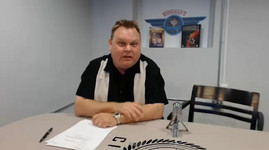