In a touching moment, the recent Star Citizen reveal began with a tribute to the late Paul Steed in the form of a Bengal class carrier that bears his name! In some ways it was quite fitting that Chris Roberts chose to reveal his latest labor of love at the GDC Online conference as Paul himself was for a long time a GDC Advisory Board member.

The Games Developers Conference has set up a memorial fund to support Paul's family in their time of need.

"We like to tell ourselves that we're a young industry, but we're not so young anymore. This summer we've been confronted by our own mortality with the sudden death of Paul Steed, a pioneer of real-time 3D graphics who was an icon of the brash early days of the game business. He died on August 11th at the age of 48 and is survived by his wife and children.

Unlike most of us, Steed didn't labor in obscurity. If you were involved in games during the '90s – whether as a professional or as a fan – it was hard not to pay attention to Paul Steed. He worked on some of the seminal titles of the decade, notably the Wing Commander series and the Quake series. He produced the first demo for Xbox 360, presented a Game Career Seminar Keynote at the Game Developers Conference, and was a leading exponent of art outsourcing – proving that he could remain topical for nearly two decades. Always outspoken and always controversial, he was not a typical game artist – but he was the most public exemplar of what we do for people both inside and outside the business." 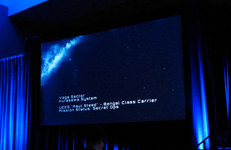 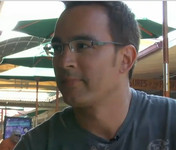