I bet you thought you'd heard the last of Unknown Enemy, the grandfather of all modern Wing Commander fan projects. Well, you thought wrong: the team has been hard at work at a high resolution patch which will take advantage of modern advances in Wing Commander Prophecy improving science. The update isn't quite ready yet, but they were kind enough to send us this preview:

Way back in 2002, we released Unknown Enemy, the first major mod for Wing Commander: Secret Ops. Looking back on it now, it seems in many ways primitive and naive - certainly, it's hard to compare with what we achieved in Standoff. But this was how it all started, and that's what makes UE fascinating to look at. Sadly, compatibility issues make UE a difficult thing to look at. In Standoff, these issues never popped up, because the final Standoff release incorporated an OpenGL patch that added a new rendering mode to the Vision engine - and this still works today.

So, we'd been talking on-and-off about patching UE since the day Standoff was released. Finally, the CIC's 14th birthday kicked us into action: unfortunately, far too late. There was no way we could get the patch done in time for August 10th. Instead, what we offer now to the community is a glimpse of what we're working on, and a release date announcement: October 30th 2012, UE's tenth anniversary.

The idea behind this 10th Anniversary Edition is to make the game fully playable on modern systems, without unnecessary improvements. We don't want to pull a George Lucas. We know we could improve UE a lot, but what would be the point?

In the weeks to come, we will post (ir)regular progress updates at the UE forum here at the CIC. Do you know of any issues in UE that absolutely must be fixed for this final release? Drop by the forum and let us know! 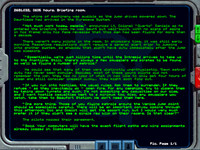 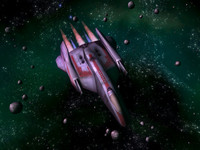 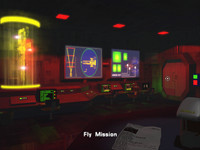