Shotglass Looks Back at Saga's Development

As the release of WC Saga approaches, Shotglass' German WC hub is running a cool countdown feature for it. Each day they are posting old development screenshots and info bits, and it's pretty interesting to see the mod's progression from year to year. Knowledge of German is not required to appreciate the pictures, but Shotglass also has some historical notes that cover events in the game's development over more than a decade. A Google Translation is available here. Keep checking the site each day for new stories! 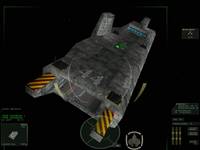 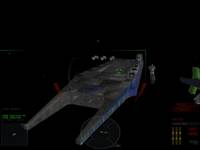 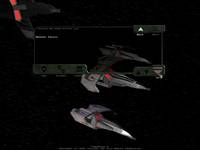 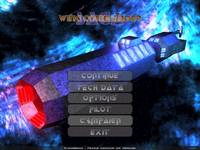 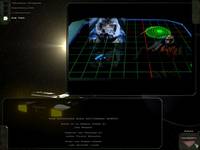 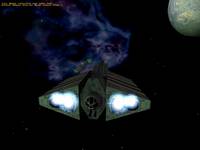 In October 2002 we were able to look at a first alpha version of Wing Commander Saga. Then still known as Battlegroup Serpent, the game took place in the Wing Commander 4 era. The concept was later abandoned completely. Here are our first impressions from 2002:

Recently we had the first alpha of the Wing Commander Freespace 2 Mod. The Alpha included the first mission from the mod. It was easy to install and we quickly came to enjoy this masterpiece.

We wasted no time and immediately started the first mission. We were surprised, even the briefing had been perfectly implemented. The next thing we looked at was the ship selection. We were pleasantly surprised when we noticed that there were already seven ships to choose from. It was Arrow (2 different versions), Hellcat, Thunderbolt, Bearcat, and the Dralthi (2 versions). I could not stop myself and started immediately with my favorite ship, the Thunderbolt. Even the loadout was already completed. We started the mission, we found ourselves with a maniac in the middle of our edge in space. We had to fend off only a few Arrows and then escort a transport to a jump point.