The Wing Commander Standoff Guide now available on WCPedia continues to grow. The project was originally started by Standoff team member Dundradal as a playtester's tool. After far too long on Dundradal's hard drive, the Standoff team made the resource available through the WCPedia project for the CIC's last birthday. Since then Wingnut and Standoff videomaker Ilanin has been a major contributor to the project. He's started work on the Episode 5 missions as well as updating and correcting the original text. The guide is well on its way to becoming the authoritative source for the Wing Commander Secret Ops mod. Be sure to check it out and visit the Chatzone thread to lend a hand! 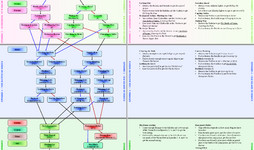