There's a couple of new enhanced fighters that have been revealed for Wing Commander Collateral Damage. Both are classic Prophecy-era fighters that have been beefed up for action against the Nephilim. The Piranha has some major engine upgrades and borrows design elements from its larger siblings. Meanwhile, the Tigershark has been turned into an even heavier missile boat. Let JasonRocZ know what you think over at Crius.net. 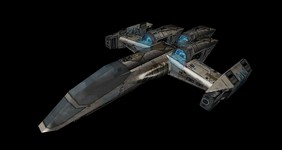 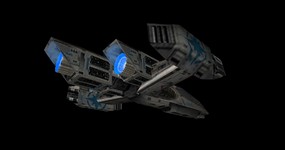 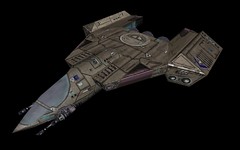 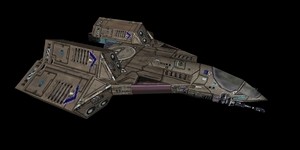 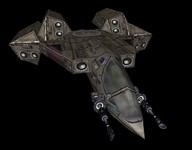 This is the Tigershark I've been working on. I added 2 physical Ion Cannons. If they are removed I was thinking on just redoing the outer wing areas to make them look more like the original high poly 3d model.

I figured since it had some rocket pod projectiles, why not make it look like a missile platform? Just by adding the projectile tubes above, the second image looks pretty intimidating.