There are several elements of yesterday's shocker continuing to develop this afternoon. The most telling is a PDF report discovered by Jason Schuitema. It is a semi-annual Michigan Film Office report on projects requesting tax breaks. The report is dated July 15, 2011 and lists "Wing Commander" as a video game currently under review. The production location is listed as Detroit and the company is Wing Commander Productions, Inc. -- the limited liability corporation used by Chris Roberts for the 1999 film.

Meanwhile, Aginor has noted a pair of interesting tweets. On June 25, Mark Hamill noted: "Loved Chris Roberts & the Wing Commander universe. Would love to revisit it, but doubtful it will happen." Then on August 25, Tom Wilson posted: "I did a voice over session for a project so secret that they made me sign a form, and shredded my script right after. Disregard this tweet." We were able to contact Wilson, who denied involvement in a Wing Commander project: "It's not happening. Rumor strongly denied."

Aginor also notes that Chris Roberts is publicly listed in the LinkedIn group for Unreal Engine Developers. That's interesting, as none of his games to date have used Unreal -- although it may be due to some cancelled project, such as Silverheart.

We will keep you updated as news develops. Remember that even this July report is several months old and still does not confirm that the project is anything but a proposal. 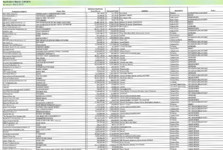