1 WC Article You Must Read Before You Die

Iceman16 found a fun article in the book 1001 Video Games You Must Play Before You Die. It's got a couple of odd references (what does "each of the games marks a turning point in noninteractivity" mean?), but it does a decent job of covering the series for a book that also covers a thousand other games too. The focal point is Wing Commander 4, and they even mention its relatively obscure DVD release. Iceman's typed up the WC portion below. 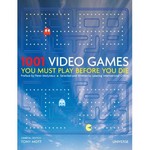 Wing Commander is like TV's Battlestar Galactica played out through the eyes of fighter pilots, only with more World War II dogfights.

Capital ships are the cities, aces their champions, and the vacuum in between is where the fate of the galaxy unfolds. Plots are uncovered, patrols ambushed- it's always "quiet, too quiet"- and deaths are avenged by gatling guns and missiles. The narrative is unbroken throughout, the banter moving from the cockpit to the mess hall and back again, creating a sense of camaraderie in the drama.

Over the next nine years each of the games marks a turning point in noninteractivity, be it the groundbreaking animated cutscenes of Wing Commander II: Vengeance of the Kilrathi, or the real-life actors and blue screens of Wing Commander III: Heart of the Tiger. The format stayed the same but the balance of resources shifted, the player needing ever greater hardware while games demanded spiraling budgets. At a then-unheard-of $12 million, Wing Commander IV topped the lot.

Set during the aftermath of the Terran-Kilrathi War that preoccupied games one to three, The Price of Freedom is the second to star Mark Hamill and Malcolm McDowell. Filmed at broadcast quality using actual sets, its B-grade drama spanned six CD-ROMs, and had to be down-sampled (until a later DVD release) to play on hardware available at the time. It's a remarkably literal attempt to bring games and movies together which, like many of the interactive movies of the '90s, learns the pitfalls the hard way. It's actually hard to suspend belief when so much of what you're seeing is real, and even harder to withhold judgement of its writing and direction.