Deathsnake has announced a new Wing Commander mod that uses the Freespace engine. "Last Line of Defense" is a contemporary of Wing Commander 3 that takes place primarily in the Enigma Sector. He'd like to package the game into smaller mini-campaigns that can be built in manageable chunks and more easily completed. The pictures below show a wide variety of scenes including a destroyer with flight deck, a large upsized superbase, the game's player carrier and more. Check out the CIC Forums for more screenshots and information. 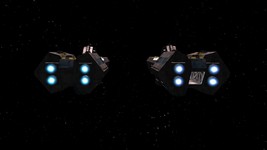 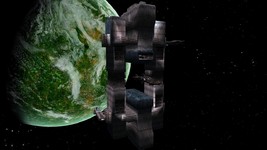 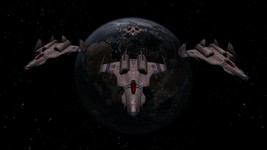 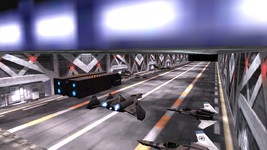 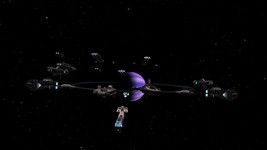 I've seen here in the CIC a pic from Ela Superbase with the Midway. And it was huge. I transform now the size of my Ela Base by factor 2 or 3. So now it can be called Superbase (see the Wake Class in the Bay?)