Huh, It Really Was Genetics

Wired is running an article which claims that human eyes may hold, inactive, the ability to sense minute electromagnetic fields, a power used by some types of animals.

The ability to see Earth’s magnetic field, thought to be restricted to sea turtles and swallows and other long-distance animal navigators, may also reside in human eyes.

Flies are a long, long way from people, but that the protein worked at all is impressive. There’s also a whole lot of it in our eyes.

“Could humans have this cryptochrome heavily expressed in the retina as a light-sensitive magnetoreceptor?” said University of Massachusetts neuroscientist Steven Reppert, lead author of a June 21 Nature Communications cryptochrome study. "We don’t know if the molecule will do this in the human retina, but this suggests the possibility."

Why is this of interest to Wing Commander fans? Because this is exactly how 'Pilgrims' from the movie work! The Confederation Handbook explains that Pilgrims came into being when a mutation that allows humans to sense magnetic fields was selected for among populations born on deep space stations. You can find the full article here. Thanks to The Gneech for pointing it out! 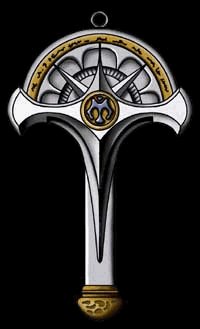