Ship stats aren't the only advanced modding technique that Iceblade is working to expand. He's also developed a comm importer that streamlines the processing of Secret Ops audio clips into Flight Commander. This program is virtually complete, and Iceblade just needs some volunteers to test it out. Let him know if you can help! 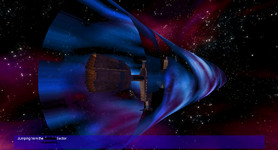 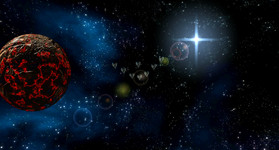 I've been busy doing some comm/VO conversions. Capships are pretty simple since they only have 11 or so comms total for the majority of them. The conversions I did from a years back help out a little bit, but these are from before the introduction of comms.xml files, which I now have to prepare for each pilot. Back in the day, comm importing was relatively simple with no captions and only a small number of comm types. Capships were really quick, but even then, fighter comms took time with trying to find at least one voiceover per type out of 60 to 150 voiceover files per pilot.

Nowadays, comm conversions require significantly more voiceover files with the huge increase in comm types implemented in FC, not to mention needing to write captions for each one. And there are more comm types on the way, so I really need to just convert all of them. For the occasional capship this is manageable, but it would take me hours to import one fighter pilot. An impossible task, especially for trying to convert a dozen or so.

This task is a lot less daunting then what it might appear, however. While Eddie has been busy increasing features in FC over the last 4 years, I've been learning and working in reverse engineering (as part of Forgotten World - an Ultima IX Mod Project) and (more recently) programming (Python). So over the last two evenings, I've been coding up a Python script to do the lengthy conversion work for me. Now, what would take me hours can be done in a few rapid steps.

Currently, the program can receive the name of the comm file (essentially the pilot's name usually like Amazon or AACE1), extract all of the information from it, use peripheral files (including two editable text files that contain the values used for the comm videos and comm types) to determine what that information means, read in the English strings for that comm pilot, and export complete comms.xml files. This is actually a sizable portion of the conversion work.