Cyberion tipped us off about a huge Russian retrospective on the Wing Commander series. The franchise has a very strong following in Russia, and 3DNews.ru is a pretty popular site, so this should reach quite a few fans. It chronicles the history behind each chapter and outlines what made each game so groundbreaking. There is also quite a bit of discussion on the movie and then the state of space sim games today. Google Translate can make the article accessible for everyone here.

Wing Commander: Vega Campaign, largely due to its interactivity, immediately became a hit. Blair is not just flying the ship and shooting down the enemy. He is present at the briefing before the mission, and talking at the bar with the pilots, receiving well-deserved medals in front of flight crews.

For example, arriving after the battle ship was accompanied by a display of Blair, and depending on the damage to the fuselage machine was covered with dents, signs of fire, and even shell-holes. After a successful battle happened the fighter arrives safe and sound. Excitement was added by the Kill Board - a sort of "chart" of pilots, shot down the greatest number of aliens. To experience severe everyday life of the pilot helped vivid images of colleagues - "Maniac" Marshall, Mariko Spirit, Angel ... additional zest »Wing Commander: Vega Campaign was a campaign of non-linear, 256-color VGA-traced graphics and excellent facilities - in 1990 it was really cool. 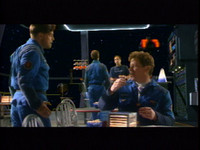 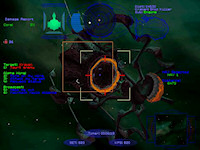