Here's an excerpt from the end of Privateer 2 where we see the player (and others) escape Kronos' doomed flagship. Unfortunately only the published 320x200 version survives so it can be hard to see some of the neat details. Let's try and identify the ships!

Since the player can choose from 18 different ships there was no way to know which they'd actually fly the last mission in. To hedge bets, the escaping fleet includes four of the most likely options. First out is a Drakkar! 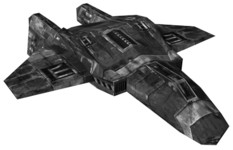 Then we've got a Danrik in an all-grey livery. (And that's a good choice because you were probably flying a Danrik here!) 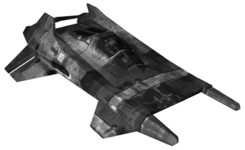 Then there's a Shaman... 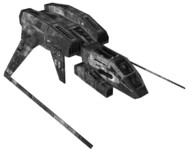 And out in front but not identifiable until you get to the second shot is the game's signature Heretic! 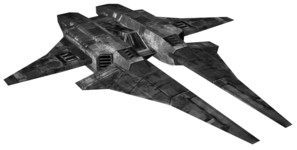 Cinematics not knowing what ship to use wasn't a problem exclusive to Privateer 2, either. Wing Commander Prophecy gives the final hero flyby shot to the Devastator instead of the Vampire because the cutscenes had to be rendered before the mission design was locked down. 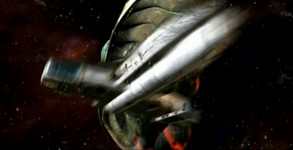 But even more exciting than ships you know is ships you don't! Neither of these Kindred shuttles (?) appears anywhere else in the game. They're similar designs but one seems to have two hull segments to the other's one. I wish we could see more detail!

Of course, one more ship in the video: Kronos' flagship! (It's also the source of the superstructure and debris in the first shot.) 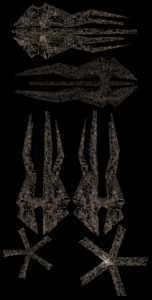 You can find the rest of Privateer 2's fantastic cinematic in the CIC Holovids section.