The Maslas Brothers continue to actively support the current playable test release of Wing Commander Flat Universe as they push through to another major update. Some new guidance clarifying supported operating systems and graphics hardware has been noted below. There's also an interesting mention of a potential new feature. Until the next update hits, the current 0.8.5 revision is very stable and an engaging peek at what's in store. Grab it for Windows, Mac or Linux here!

But beware! From our experience this kind of behaviour happens when something is going wrong with the graphics card specifications or an outdated driver. Again the general rule of the game engine in graphics cards is: DirectX9 (shader model 2.0) capabilities; generally everything made since 2004 should work.

Taking this opportunity I would like to inform you that our project is in active progress and that we are in the process of doing undercarriage work for the Multipl... Ooppppsss, I am not allowed to reveal anything yet. Thanks again for your interest and have fun. 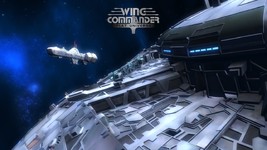 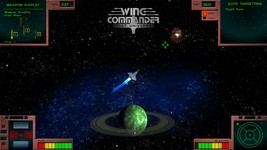