The CIC staff is mostly laying low today, but we are celebrating a proud achievement as well! Yesterday marked ten years of continuous daily front page updates at wcnews.com. Back in May 2003, I never would have predicted how many cool and amazing stories we'd still have to share with everyone. In total since 1998, we've posted some 12,000 items in the news. In just the last few weeks, we've reported on the WC Movie's upcoming Blu-ray release, shown off a video of the 1997 WC FPS pitch, gotten a Kilrathi easter egg in the new Ultima Forever and reported that Wing Commander music will be featured in a live Austin Symphony Concert this fall. Those are just the 'official' news blurbs! The real meat of our regular update slate comes from all the amazing fan projects that Wingnuts are constantly undertaking. capi's RPG was released last week, more of Klavs' amazing 3D prints are available and new projects like Flat Commander, just to name a few, floor us with the dedication and ingenuity of the Wing Commander community. Here's to many more years of continued success! 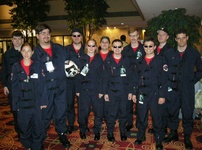 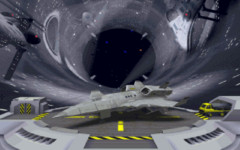 While we're musing on the site, we'd also like to remind people to mark their calendars for August 10, 2013 for the CIC's 15th Birthday Party! It's also a big round milestone for the site at large, and this year falls on a Saturday evening/early Sunday morning, so people in time zones around the globe should be able to attend. Speaking of birthdays, today is Wing Commander creator Chris Roberts' special day! Happy birthday!

Today is also Memorial Day in the United States, so the CIC would like to recognize the real life heroism expressed around the world so that we could enjoy our virtual heroes in the comfort of our homes. More so than in most video games, Wing Commander did often stop to pause and remember fallen friends, so such reflection isn't new for our community. A few years back, Kotaku put together an article on this phenomenon in games, and the WC series got credit for doing this subject justice. You can check it out here.