Roberts Space Industries has posted a fun video from the October 10 announcement event at GDC. Several Wing Commander fans are interviewed about their experiences with Chris Roberts games and what they're looking forward to next. A few CIC staff members even pop up in various scenes. There's also some cool shots in and around the ballroom where Mr. Roberts announced Star Citizen. Check out the video below!

In other RSI news, Chris Roberts will be doing his Reddit AMA starting Monday, October 22, from 10 am Pacific time through 5 pm Pacific time. Stop by and ask him stuff! The pledge drive has also reached $1.6 million! 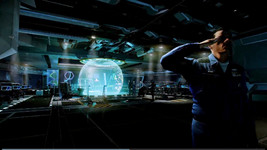