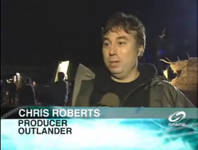 SG3 is the third of the original Wing Commander Prophecy concept's increasingly elaborate gauntlet missions. This one is a capture the flag scenario, which most will remember was very popular in multiplayer gaming in the mid-to-late 1990s.