AD found some nifty things at the website of a Spanish distributor for the Wing Commander Movie. Lauren Films has a page includes background information, screenshots and a lengthy press dossier. This document includes a very thorough Spanish synopsis, stories about the production of the movie and cast/crew biographies. It was probably written in the first half of 1998, since it mentions fan sites such as the Wing Commander Home Sector at its last url before the CIC opened in August of that year. There are also a couple neat screenshots of the Spanish DVD, although they are unfortunately a bit blurry and low resolution. The impressive Spanish movie poster is present as well. You can find the site here. 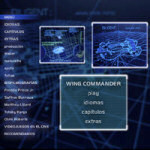 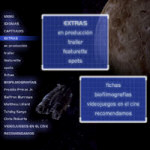 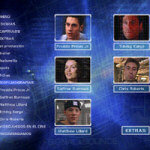 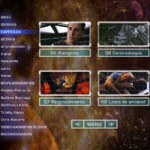 However, Roberts conceived this film not only for devotees of computer game - they can discuss, and do, the appearance and atmosphere of the film compared to the game in numerous channels on the Internet -- by taking into account the images relating to props and characters that are already in circulation. "Wing Commander offers all the action, visual impacts, and provocative characters that millions of followers around the world look forward to" - as promised Roberts. "However, the film WING COMMANDER appeals to the masses because we have developed a completely new story, the people who go to the movies need not be familiar with or understand the game to enjoy the movie."

This September 24, 1993 issue of Point of Origin is interesting because it includes a firsthand account of displaying Origin games at a tradeshow; you can find relevant portions quoted below. On a sad note, this is also the Point of Origin which includes an article on Brian Smith and his amazing spaceship model.