Forums member MannPower is trying to organize an Arena game night. This is your chance if you still need to get the Tiger's Claw achievement. You need to compete in a 16-player capital ship mission to earn this one. Let everyone know when you'll be available!

Hey guys; please participate in the poll. It'll help me to gauge when the majority of people are the most available for a weekly Wing Commander Arena game night.

I'll be keeping a killboard for every game I happen to attend - a chore that a volunteer could pick up in the event I cannot make it one night. I'll post the board standings here on the forums.

But first thing's first - lemme know what days you're available! 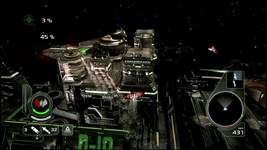 The Forums, #WingNut on IRC and the CIC Xbox Live Gamertag list are all good places to look for Arena players.

Bad news - Strike Commander isn't selling as well as expected. This issue of Point of Origin (May 7, 1993) advances several theories as to why... but lukewarm sales for a game that the company spent multiple years worth of development money on can't be good news. Another interesting point here is the first big news about 3DO - previous issues included speculation and rumors, but we hear for the first time now that both Chris Roberts and Richard Garriott have 3DO projects on the schedule.

Point of Origin
Vol. III, No. 38 - May 7, 1993
Contents
Strike: In the Air
The Public Eye
From the Library
Game World
Pulse Check
Employee of the Month
3DO: Birth of a Notion
Immigration: The Huddled Masses
Misc.
Editor's Corner