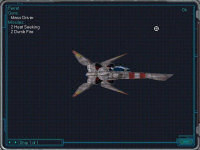 Iceblade has spent his holiday preparing a special preview of Ranger's Glory. It took a couple extra days to finalize the release, but he's excited to be able to share a quick look at his Flight Commander mod with everyone. You can grab the 14 meg zip here. It adds new ships and comms for prospective FC modders and gives fans a look at the first Ranger's Glory simulator mission. Instructions for adding the ships to your existing Flight Commander installation are below. Feedback can also be left at the RG forums.

Like some WC projects around this time of year, Ranger's Glory is providing a Christmas gift. This package includes a number of the ships I have converted this year, most from UE. Also, you will find all the comm videos done for WCP, WCSO and WCUE. There are also a few edited FC files and an updated ship viewer.

This package is primarily for FC modders, but included in this package is the first simulator mission of Ranger's Glory. The package is broken up into a series of file folders to allow for selective additions to the engine. To add a ship, just open that ship's folder and copy and paste the files within to your main Flight Commander directory. Note that the ship viewer will not work unless all of the ship files have been pasted into the folder.

So enjoy the package and Merry Christmas, Happy Hanukah or whatever holiday you keep at this time of year. 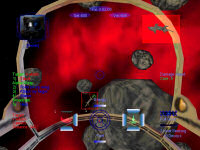 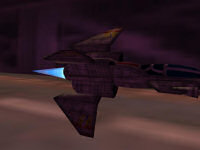 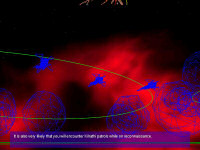 Electronic Arts has announced that The Sims is being recognized in the French Postal Service's "Heroes of Video Games" collection. Since February 2000, the Sims franchise has sold more than 58 million copies, including expansions. Other heroes being recognized include Link, Mario, Adibou, Pac-Man, the Prince of Persia, Rayman, Lara Croft, Spyro and Donkey Kong. The book of 10 stamps can be ordered from LaPoste.fr for 2.65 € here.

Despite continued success of the series and the recent launch of Sims 2 for consoles, Electronic Arts also recently announced that holiday sales will probably be lower than expected. This will be coupled with the dip in profitability generally associated with the costs of gearing up for a new console cycle.

"Holiday sales are not meeting expectations," said Larry Probst, Chairman and Chief Executive Officer. "For the December quarter, it is likely the industry will be down double digits on a percentage basis."

Fiscal third quarter results will be reported in about five weeks.