Little Rocket Man of the House

I, too, have beef with RocketMan. [Editor's note: this post was written in 2017 and fell through the cracks for five years. Better late than never!] At about five minutes into the movie, he plays Wing Commander IV. Flying a Banshee: 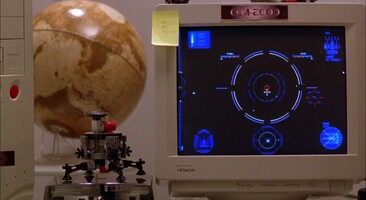 He targets an enemy Hellcat and goes after it: 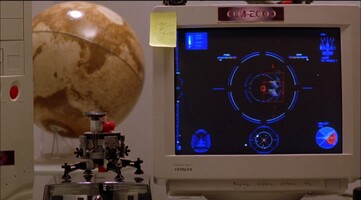 We change shots and he is magically fighting a VINDICATOR instead, which is also NOT A MISSION THAT EXISTS: 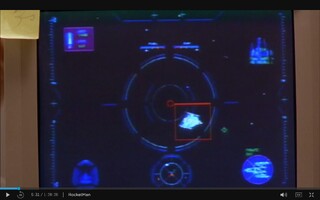 He kills the Vindicator and then suddenly gets a GAME OVER screen that is not from the game at all: 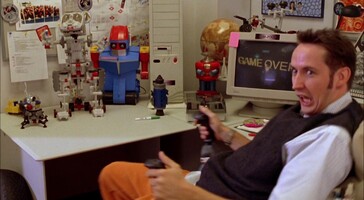 Also, can we talk about his weird dual stick setup? 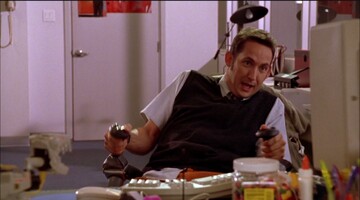 And here is MAN OF THE HOUSE. Jonathan Taylor Thomas is building a mission in Wing Commander Academy! 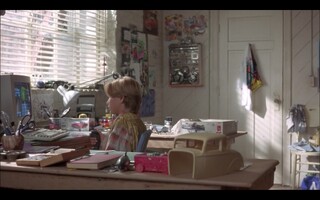 He flies a Morningstar... but he forgot to add any enemies, his mission is just a blank nav point: 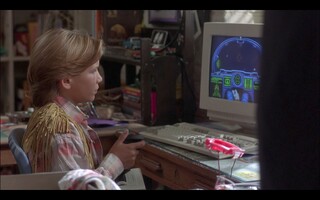 But after a short conversation with Chevy Chase, he has somehow added an asteroid field?! 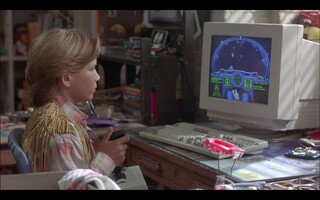