Sizzling Action Scene for Your Desktop

Mac is back with a belated but very much appreciated birthday gift! In honor of our 24th anniversary, he's put together another super slick wallpaper. This one is inspired by End Run and the adventures of the corvette TCS Johnny Greene. It's being harassed by a wing of Dralthi with a Rigakh in hot pursuit. Another fabulous scene - and ready to fill your 4K displays! 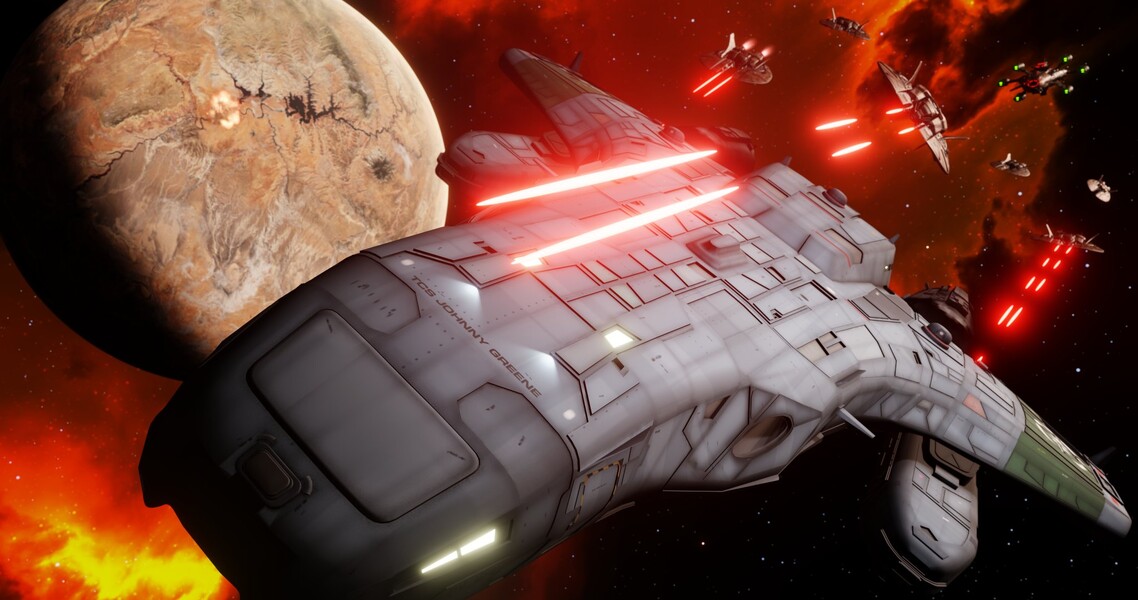 Happy Belated Birthday to the Wing Commander CIC! Without them, my job as a YouTube Lore Guy would be much harder.

I would have liked to say something the day of, but at the time I was somewhere over the Pacific. So here's part of a thing I've begun working on.