Today we've got updates to John Nelson's Hornet and Scimitar. He's taken a closer look at the blueprints and incorporated various feedbacks to further tweak the lines on each fighter. There have also been some decorative elements added to more closely sync up with the in-game paint schemes. John's still cooking up new WC-based designs, so we're looking forward to the next reveal! 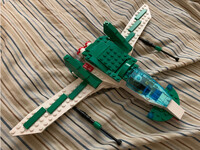 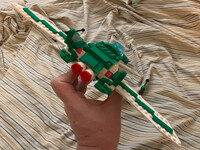 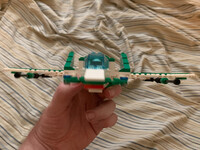 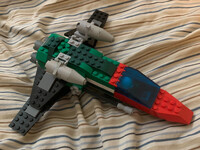 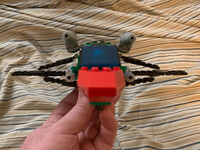 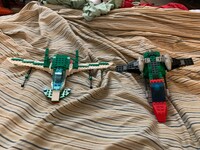 Hello. I switched out some parts on the Hornet and Scimitar. After looking closer at the blueprints I noticed the slanted “hood” of the back fuselage on the Hornet and going back and looking at the Scimitar I saw how far up front the canopy and cockpit should be. Moving the pilot up was a no-go so some new bricks, a new canopy which resulted in some ground up reconstruction and some dark green to add to the dark gray.

I want to rework that Avenger a bit too. Don’t worry, I have at least two models I’m working on. Need to get back to one and a few more parts for the other. Please enjoy.