I woke up to a nice surprise from @XwingGameSeries: scans of ads for Super Wing Commander and Secret Missions SNES! I don’t think I’ve ever even seen a two page SM ad before. There’s some interesting stuff here... 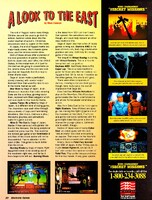 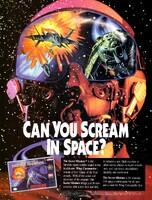 Look at the SWC cockpit: it doesn't look anything like any of the five in the game! It also appears non-functional, missing standardized VDUs and other displays needed. It's also obviously a bullshot, the space section is a frame pasted from the rendered intro cutscene. 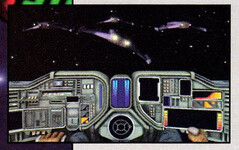 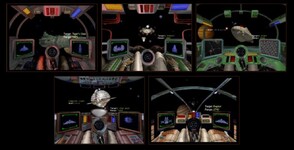 This cutscene of a Dralthi taking off from a Snakeir doesn't appear in the finished game (it was likely cut from the intro). But I believe it the clip is still on the disc! 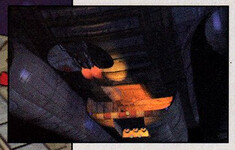 If you're a PC veteran curious about this screenshot from the Secret Missions ad, it's from a new introduction cutscene Mindscape created especially for the port. You can watch it here. 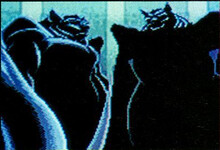 Also "Enter the dark world of the Kilrathi, where men are treated like animals!" is some real chef's kiss copywriting.

"New attack ships and weaponry are included with a new flight interface that makes it easier for novices" is some very heavy lifting. The attack ships are NPC capital ships, there's no new weaponry for the player and the new interface is just a mode lowering the damage NPCs take.

And if you like the look of that Secret Missions ad, be sure to follow @70sscifi’s ongoing yearlong thread of space helmet reflection art: 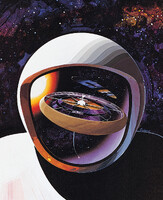