FrankyFiggs14 has posted a neat French throwback preview of Wing Commander on the Amiga. The original WC1 spent several years being ported to a variety of platforms, and this comes from the October 1992 issue of Tilt. Below LOAF notes how unfortunate it is that the Sivar features so prominently, since The Secret Missions were ultimate not made for the platform. The game still reached a huge number of fans and is fondly remembered my many Amiga Wingnuts! You can follow Franky's gaming adventures on Twitter and Twitch. 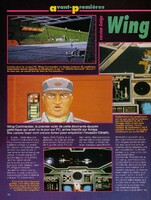 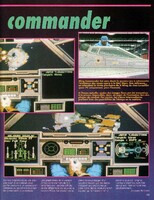 It's interesting that the earliest screenshots of Wing Commander's Amiga port show the Sivar dreadnaught... they never released Amiga versions of the mission disks!

Like the PC version the original Amiga release includes an option to start the Secret Missions campaign… but it never materialized (and the button is dropped for the CD32 port).