Today we have a fantastic new fan mod for Wing Commander Privateer! realqbok has managed to figure out how to make the cockpits invisible with the help of the WC Toolbox. Of course, the original Priv used cockpit visibility as a type of feature/reward for upgrading to higher end ships, but this is still a clever proof of concept and sounds like a lot of fun to try out. The process outlined below requires a bunch of manual unpacking, but realqbok has provided some templates (185 k zip) to provide a transparent outline for each of the four ships. A fifth test screenshot below depicts a full invisible cockpit with the VDUs pushed to the edges, but his experimentation showed it was more natural to keep a little bit of carryover from the original designs. Instructions are below, and check out the CIC Forums if you have any follow up questions!

Thank you for the positive feedback, but actually this took zero coding, only Priv1ToolsCmd and graphic editing! I probably won't have the time to write full scripts/instructions on how to incorporate those modified cockpits, but it's actually very easy: you just unpack priv.pak, replace cockpit .iff files inside, repack priv.pak and enjoy... all this can be accomplished with the .iff files provided at the link.

After playing Priv for several hours with those cockpits, I must say that it's a very pleasant experience! Along with everything loading immediately (ah, those days quarter of a century ago when landing at a base took 30 seconds and taking off 2 minutes :D ) - such a wonderful time to play Privateer again. :) 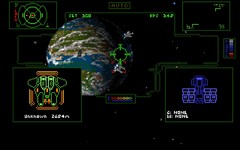 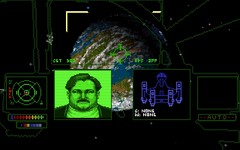 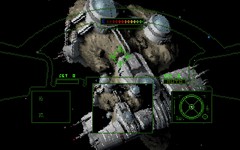 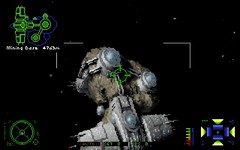 Unfortunately, modding Privateer, especially in its GOG incarnation, is quite a bit of a hassle, especially on 64-bit systems (where some of the old tools need to be run in dosbox themselves, instead of just off the usual system CLI), so let me dump some of my notes; "all" you need is some tools off the CIC, and I will try to link to some of my scripts and Excel files that made my modding a bit easier; and in case I figure out an easier way to share this, I will.

In order to get easy access to (and reintegration of modified version of) priv.tre, unpack the game.gog (whis is actually an .iso image), copy contents to some directory and mount that directory (instead of game.gog, as is done by default installation) as D: drive in dosbox (you will need to fiddle with dosbox config files). Then get yourself priv1toolscmd off the CIC, and:

Clunk001.tpl.png: in a graphics editor (I am using PaintShop Pro 7, an ancient but dependable one) that respects 256-color palettes etc. resize the image to 320x200, fill completely with color that's "transparent" part of the original (has palette index 255, is completely black), save; this makes entirety of the front cockpit transparent
In order to have HUD brackets visible over whole screen (not only in the part of the screen that used to be Tarsus' windshield):
in clunkck.xmf, change (note that e.g. the " 6, 1," part you are changing is 16bit=two-byte value of right border of the original visibility area for the brackets; 262, as in 6+256*1):

clunkck.xmf also let's you move parts of the HUD around (that's what I did in the original screenshot); the coordinates are pretty easy to find (just look for "// start xy" and "// end xy" values), but remember that e.g. "ENER" meter (your energy supply level) also has additional information in the "DATA" part (again, coordinates saved as two-byte values) that tells game which part of the bitmap to hide in order to indicate unavailable energy, so if you move the "start xy" and "end xy" part, you need to modify the "DATA" part as well, because otherwise you will not see your energy running out :) , etc.

Now reverse the priv1toolscmd commands above

retemplate (priv1toolscmd template clunk001.tpl.scr),
remake (that's the unfortunate part, since you need to use that ancient xmiff through dosbox, if you're running 64-bit windows)
retree (again via priv1toolscmd)
remember to use correct paths during all of the above operations, so that you are repackaging new modified versions of the files ;)

Pro tips: it seems that game might be saving some of the above data in the .sav files; so to best test any modifications you might have made, you need to start your career from scratch (makes testing non-Tarsus cockpits a bit of a hassle).