Marty2Life is a Wingnut from Germany with a dream to play the original DOS Wing Commander in German. He's been asking questions at the CIC Forums and may have finally overcome the technical hurdles to make it happen. Check out some impressive results from the first mission! 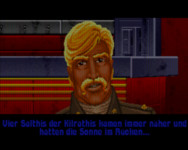 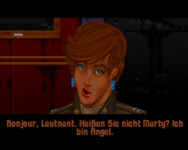 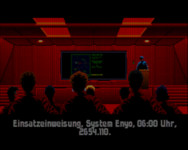 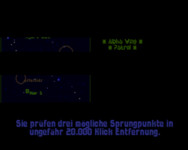 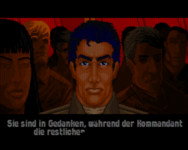 Hello to all the pilots out there.

I'm new to the forum and have known Wing Commander since the beginning of 1990. I played the first part on the Amiga 1200 when I was a child. That was the OCS version. Then the other parts on the PC.

I'm working on my DOSbox fork, which is a mixture of Dosbox-X and Daum (Windows95 and 98 run in my Dosbox). Got all the parts in the Dosbox (yes also the Windows95 versions). Now to my question. Since I am a German user, I would like to translate the PC Wing Commander 1 Dos version and / or the Kilrathi version into German. I have the CD32 (combi with Dangerous Streets).

Before I die, I want to play Wing Commander 1 PC DOS and SWC (with subtitles) and Privateer 1 in German. Wing Commander 2 German Conversion runs with Speech and Subtitles at same time :)

I was able to decrunch the German Script from Amiga Wing Commander :D and beginning to translate.