We've got a really cool crossover to share today. Tomorrow, Bonkus_Maximus' Twitch stream will be broadcasting a retro playthrough of Wing Commander Privateer. But it's not just any Priv livestream! He'll be playing the game as an in-universe tie-in to the events that have recently occurred in the Gemini Sector RPG. That's some awesome collaboration and sounds like a lot of fun! You can watch the action starting at 5pm US Pacific / 8 PM Eastern time on Tuesday evening, January 5, over on Twitch. You can also read up on some of the recent RPG logs that set the stage for tomorrow's event. 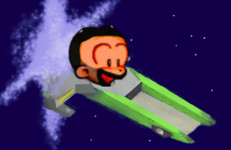 Hey all! The ever entertaining Bonkus Maximus will be hosting the greatest crossover in the history of mankind. Mark your calendars, January 5th, assuming we survive this year, will feature Bonkus in Palan, avenging the losses that the team of the TCS Majestic took 10 years earlier in the Gemini Sector RPG. Let's salute the magnificent individual and cheer him on on his Twitch stream. 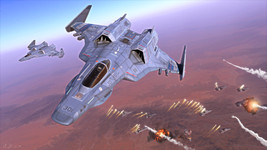