ODVS got a lot of feedback on his first attempt at remastering the Privateer 2 video footage. A frequent request was that he use the higher quality footage sourced from Privateer 2 director Steve Hilliker's 25th Anniversary video released in May. There's no doubt that this content, derived from Beta SP tapes, is much nicer than the original CD-ROM footage, but there are certain tradeoffs inherent with using an analogue source for the AI/neural net processing. This new example video shows off all three side-by-side. The version enhanced from the CD has more crisp detail while the Beta remaster segments have better frame rate and color. It's a little hard to say which is better overall as it depends somewhat on the specific scene in question. Let ODVS know wha you think at the CIC Forums!

Because people on the CIC forums kept asking, I did an experiment remastering Steve Hilliker's footage from his Beta SP Master Tapes.

While it has an undeniably better frame rate (I don't need to interpolate up from 12fps) and colour depth, this really highlights my concerns about attempting to remaster footage from analogue sources. Sources like VHS/Beta tapes soften the edges around objects, and the AI routines maintain that softness during upscale - so we lose a lot of image definition.

Ideally, it's best to work from a source that was digitally captured or scanned directly from film. 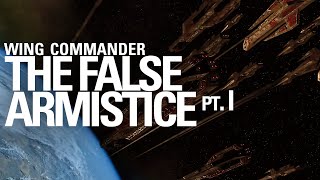