LOAF and Rattler were having a conversation on Discord recently and stumbled upon an awesome find! Rattler pondered whether the Kilrathi home carrier in Armada, the Shiraak, was inspired by the Privateer iterations of the Kamekh destroyer. Upon closer inspection and a wireframe LOAF dug up, it actually seems like they're even more similar than we realized!

Rattler: Looking at the Kamekh... I'm starting to wonder if that design inspired the Shiraak Carrier.

Just check out their similar lines: they both share the same fuselage with slightly sloping nose. There are indentations to the forward-middle sides for weapon cutouts. Both have the same double-crescent on the aft dorsal region between the engine nacelles (although it's been modified on the underside between designs). Several changes were made to adjust the scale so each ship appeared plausible in their intended roles at opposite ends of the capital ship spectrum. The cockpit/bridge viewscreen was removed from the Kamekh for scale. Obviously the wings are also absent from the carrier.

But wait, there's more! The Armada carrier was actually borrowed from the Super Wing Commander take on the Snakeir. They're practically the exact same model - with some minor recoloring and maybe smoother engine inlets on the higher res SWC model we have below. Armada was made on a budget and made use of every part of the spaceship animal. It borrowed heavily from all over, and this is just one example, but it's pretty neat to see the lineage side-by-side like this! 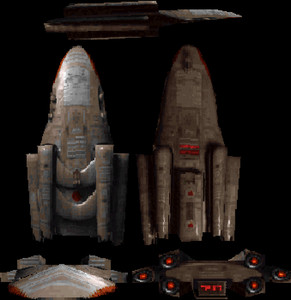 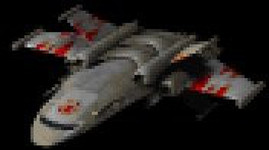 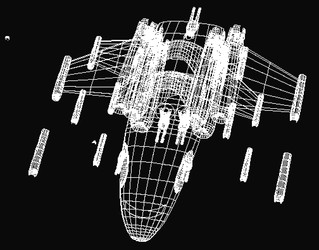 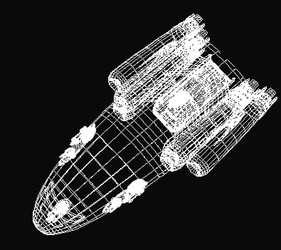 And the Super Wing Commander Snakeir: 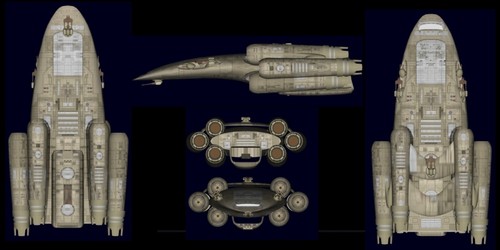