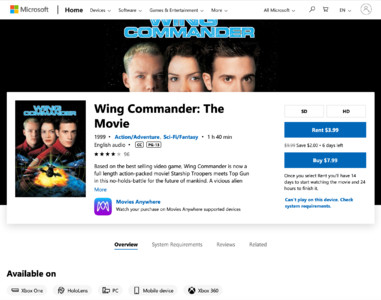 The Wing Commander Movie is seeing a rare digital discount this week. The Blu-ray and DVD went out of print after the film rights reverted back to Chris Roberts, and digital copies were slow to pop back into the various storefronts. It's starting to appear again more now though, and Microsoft has it on sale for just $8. It's then playable on Windows PCs and Xboxes. There are different storefronts for different regions, but it appears the discount applies in multiple countries. VUDU, Fandango Now, Google Play, YouTube and Amazon also carry it once again for $10 now.

On the gaming side, Solstice may be a few weeks away yet, but the GOG summer sale is in full swing. The Wing Commander series generally gets about a 75% discount, but there's a small bump to 80% if you buy three or more games at once. That's a whopping $10.24 for all of the original DOS and Windows Wing Commander games, including expansions and upgrades such as the WC4 DVD edition that will work with ODVS' enhanced video. Retro games are as hot as ever, and you definitely know someone who needs to play Wing Commander. Get them started with a WC gift for just a couple bucks! 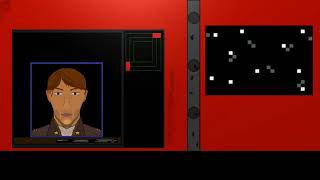