German Novel Covers in All Their Original Glory

At long last: the original sources for all four alternate German Wing Commander novel covers! Baen didn't own the Sam Yeates' cover paintings for Wing Commander III and IV so they couldn't license them to the German publisher directly. So instead they used 'slush' art that they already had the rights to reprint starting with Heart of the Tiger! 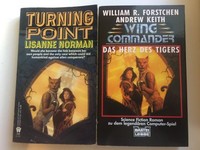 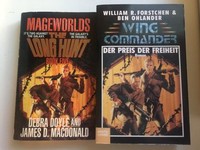 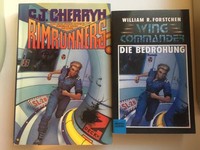 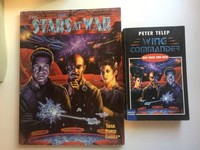 The Stars at War is by David Weber and Steve White. No author names on the front though?

I was curious about that too; it turns out its an pen-and-paper game sourcebook based on the novel!