There's a nice new update to the WC1 Sprite Refresh project. A lot of work has been done this year on the process for using Blender to create WC1-style sprite models. This should be broadly compatible with different versions of the software, and look for an update soon. Also to whet the appetite of fans anxious for more delicious goodness in the WC1 engine, Goliath has imported a test Piranha. It looks fantastic in the conversion to low-res. We're super impressed with the results! 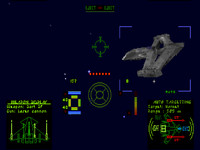 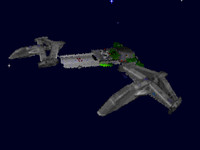 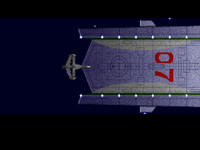 I owe some long overdue thanks to the CIC and to Wing Commander fans for their consideration of this "sprite refresh" project for the 2018 Fan Project of the Year. Also, I'd like to give an especially huge thank you to my colleagues Howard Day and UnnamedCharacter for their work as their contributions were crucial in getting the results we did. There are so many neat fan projects out there and it is especially cool to have been tied with the Prophecy & Secret Ops Model Upgrade Pack team for second place behind the work of the Maslas Brothers on Wing Commander Flat Universe. Those are both incredible fan projects! So, let me express my thanks for all the interest and support and I hope people will look forward to future developments here.

Anyway, my primary focus on the Blender sprite creation script has been to get it ready for release. That's involved doing some code optimization as well as testing the script on various versions of Blender. I have been able to confirm that the script works on version 2.57 (which released in 2011) and should work on all versions all the way up to the current 2.79b and also 2.8 beta. That's 8 years of blender releases this script should work with so I think that should cover most Blender users, even if you have an old version installed. I found that 2.8 beta would crash quite a bit for me (unrelated to the script) but thankfully the script generated renders without any code modification and hopefully will still be true when 2.8 is out of beta. Once the script is ready, I will post it here along with instructions on how to use it.

In the meantime, I decided to do something a little fun and create sprites of Prophecy's Piranha to put into Wing Commander, replacing the Hornet. The renders come from the actual Piranha model used in Prophecy and I think the results are pretty neat! I will revisit the Piranha again when I create the script instructions and soon you'll be able to make your own Piranha sprite renders!