Reach Out and Touch Someone... With Your Flux Cannon

I picked up this magazine for its promise of Wing Commander Armada strategies... and 80% of the article ended up being about how you connect to the other player! The GOG release makes multiplayer easy on a modern machine, I’ve played more Armada in the last two months than I did in the previous decade combined. Stay tuned for more Armada news in the near future! 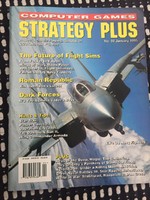 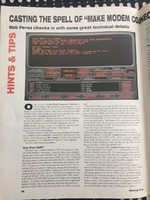 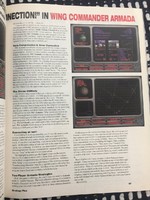 Okay, so you've bought Wing Commander Armada and you're ready to take on the head-to-head challengers. If you read last month's review, you know that this game's best feature is its two-player support. But if you've followed any of the message traffic on the on-line networks you've probably seen many messages titled "Armada Modem Play: HELP!!"

Why all the confusion? Despite advancing technology in virtually every other sphere of computing, telecommunications is still an arcane art requiring a mastery of fragile components, obscure modem strings, and sheer wizardry. I wouldn't be surprised to discover in my favorite RPG a spell called "Make Modem Connection." It's bound to happen.

The article addresses some of the arcana associated with producing a reliable modem connection. In particular, we'll focus on how to get a connection going in WC Armada. Finally, some hints and tips on strategies I've found effective against a human opponent.