There's an exciting update to the Homeworld Remastered Mod, Flag Commander, today. L.I.F. has finished the prologue campaign with an exciting pre-WC3 mission. It follows the Victory in the aftermath of the Battle of Earth as they chase down a rogue Kilrathi fleet. It's pretty cool to interact with these characters on this scale from an RTS perspective! Grab the game at ModDb here. 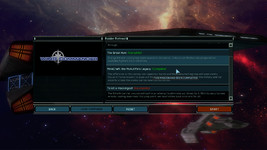 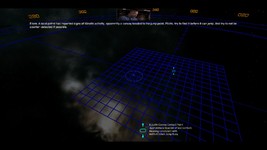 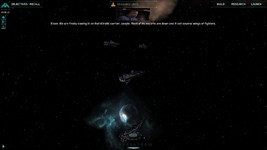 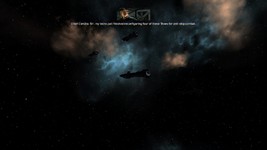 Here's a new update to the single-player experience of Flag Commander: the final mission of the prologue campaign. Over the development of this campaign, I learned a lot in coding the events and logic of SP missions, which helped making the missions smoother and more reactive, so this update also includes some modifications of the first three missions to add proper backgrounds as well as character icons when someone is speaking.

This campaign is self-contained and follows the Victory soon after the Battle of Earth, in a series of skirmishes to deal with a strong Recon-In-Force Kilrathi raid unit that will allow the player to get familiarized with most of the gameplay features of the mod. Outside possible bug fixes, this should be the final release for this campaign, allowing me to shift to updating the WC 1/2 content to the current standards as well as using the experience to finally get End Run going. You can grab the game at ModDB here.

The prologue's missions are the following:

I really hope people will enjoy playing it, as I do believe the RTS style can bring a lot to the Wing Commander experience.