AircPirateNinsei is building a real life flying Hornet model! He scaled and hand built the fighter with lightweight foamboard, and the design is pretty spot on. There's a six inch propeller in the rear and all of the associated battery and electronics are contained in the cockpit area. At this point, the version you see here is pretty much ready for its first test flight. After the basic aerodynamics are validated, AircPirateNinsei is planning to add the ship's iconic laser cannons. You can follow along for updates at the Flite Test Forum. Thanks to st3lt3k for the tip! 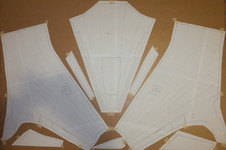 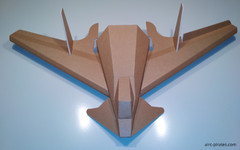 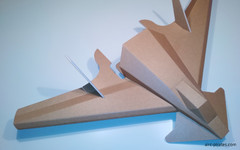 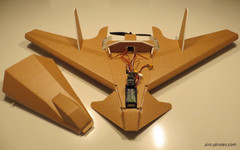 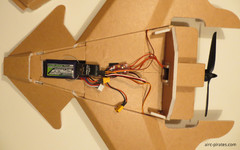 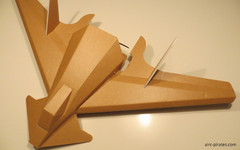 The Hornet is a light fighter for the Terran Confederation during the Terran-Kilrathi War in the game "Wing Commander". Maybe some of you played this game in the nineties. Wing Commander is the eponymous first game in Chris Roberts' science fiction space flight simulation. The game was first released for MS-DOS in the year 1990. Thanks to DosBox this game still works for me. Here are a few screenshots. I think the Hornet is a good choice for this challenge. Maybe someone will build a Kilrathi Dralthi for a dogfight.

Instead of the originally planned F-Pack electronics I installed A-Pack compatible electronics and a 6" propeller. As battery I use a Turnigy nano-tech 3s with 850 mAh. The AUW is 258 g (9.1 oz) and the Dry Weight 187g (6.6 oz).