Eagle-eyed Wingnut StarvingPilot spotted a Wing Commander prop reappear in a television commercial. A simple, but unique, console appeared near the Midway's hangar in Prophecy. The same unit popped up again in a Coca-Cola ad the following year. Both are visible just briefly, so this is a crazy catch! 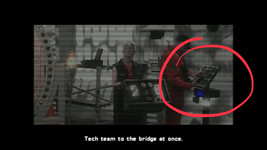 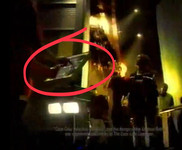 Here’s a background WC prop which can be found in another production. This futuristic console (although if you look closely, it looks like a solar panel attached to a battery box and lights) can be found on the hangar deck of the TCS Midway in WCP, as well as a later Coca Cola commercial from 1998. The commercial can be found at: