The Through the Moongate Kickstarter campaign is funded which means we'll be getting a thoroughly researched book that tells the history of the development of Origin Systems' Ultima series. There's even better news, though: the first stretch goal is in sight and it will add a chapter with new details about the making of Wing Commander II! Here's the official word:

Once we reach 25,000 Euros, which is currently only 3,000 Euros away, every backer at the “Honesty” tier or above will receive an ebook containing an extra chapter from Through the Moongate Part 2. This chapter covers the development of Wing Commander 2, and includes in-depth interviews with the Director and Assistant Director of the project, Siobhan Beeman and Ellen Guon Beeman. Siobhan and other team members are interested in sharing their viewpoints of the Wing Commander story, and presenting some new insights that haven’t been published previously.

As of this posting there are nine days left in the campaign and the Wing Commander II stretch goal is just 850 euros away! Let's show everyone how much interest there is in hearing the Wing Commander story... you can pledge for a copy of Through the Moongate here. 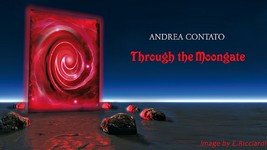