Several years ago we reported on a video that just contained the previews attached to the front of Wing Commander on VHS. It was an oddity at the time, but apparently there's a market for everything. Fast forward to 2018 and that clip has nearly 15,000 views on YouTube. His similar segment for Toy Story has more than 700,000 views and here's a Lion King II version that's pushing a million. So apparently this is a real thing. As such, a competing YouTuber with a similar idea has just posted the WC VHS previews again. This time it's a shaky cam recording of a CRT television that blurs in and out of focus. This is even worse than the earlier version, so there's no need to watch it, but I'm just amazed it exists. Maybe check out the swanky flair involved as he slides the case into view right at the beginning. That's art. He has 1300 subscribers and 1.6 million total views, so while still an up and comer, there's probably some decent side income involved. Maybe we're in the wrong business! (we are not a business :p) 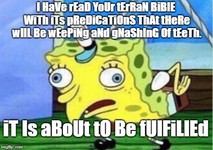