Sonnich Johannesen has shown off some large scale and beautifully detailed 3D prints from Wing Commander Privateer. The Centurion and (not pictured) Galaxy are from Astrofossil and the Tarsus model was designed by DJFX, who posted some gorgeous pics of his own a while back. The size of each of these is impressive, and Sonnich has posted some neat pictures of these ships coming together on the printer. Certain subcomponents are printed separately and then attached together afterwards. The relatively monochrome silver color scheme in Privateer suits these designs as well. You can find more shots of the construction process at the CIC Forums. 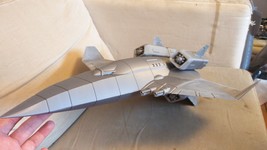 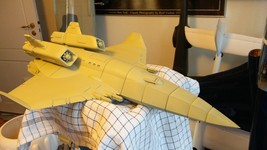 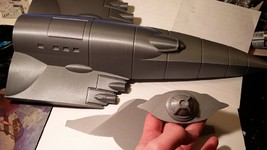 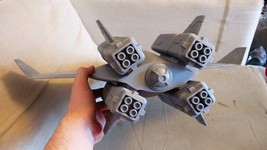 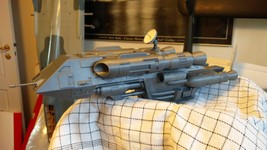 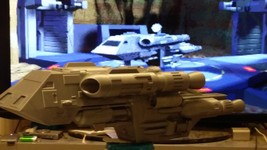 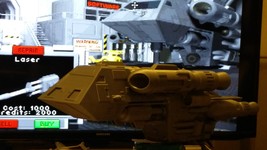 Hi Guys. Just joined, but have been on the site lots of times during the years. :)

I played WC1 and then Privateer in the 90`s and was totally hooked at the time....just loved the games. I recently gave Privateer a go again. and got hooked again. I'm actually following the game plot this time, instead of just flying around blowing up stuff :p

Anyway, 2 years ago I got my first 3d printer, and now I'm on my third and got everything sorted out... it is a hobby in itself, and is just not plug and play yet.....

I found the Privateer ships: Centurion, Tarsus, and the Galaxy class freighter. I have printed the Centurion, and in the progress of filling and sanding it, and I'm also printing parts for the Tarsus.

I think these models look great, and just wanted to share some pictures of what I have got to so far. Anyone else print WC models?