The creators of Rebel Galaxy, already well known for their incredible Privateer April Fools commercial earlier this year, have made another awesome Wing Commander tribute. They've created a fighter diagram for the game's Coyote fighter that's a perfect match to the style of WC1's blueprints. Sure looks like Howie is having fun!

“Douglas McCall” is a WC nod, too! Douglas Aerospace and McCall Industries were ship manufacturers introduced in WC3. (Themselves named after WC ship artists Chris Douglas and Dean McCall!) 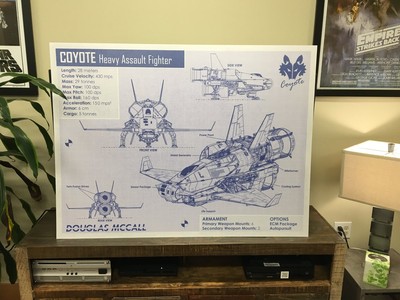 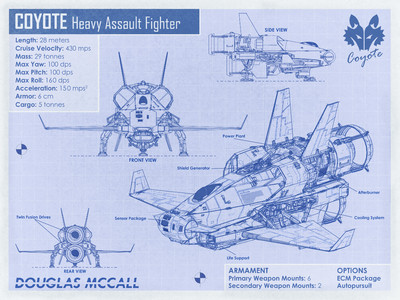 And hey, their space game looks pretty neat too! It's available from/for Steam, GOG, Xbox and Playstation 4 for $20.