Homeworld Mod Aims To Be First RTS To Kilrah

The Homeworld Remastered Mod was originally conceived with a major focus on Wing Commander 4, but it has grown into some interesting places over the years. L.I.F. is now working on campaign that recreates the historic events of Wing Commander End Run. That novel centers on the exciting adventures of the makeshift 'escort carriers' and their daring raid deep into Kilrathi space. It also allows the game to highlight more 'classic' designs such as the Rapier and Sabre. Screenshots below show off the gorgeous details, and since the game can't quite escape its roots, there's a Banshee for good measure! 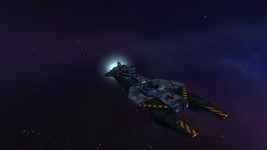 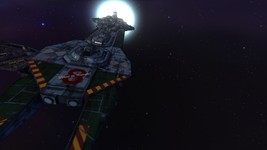 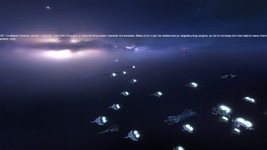 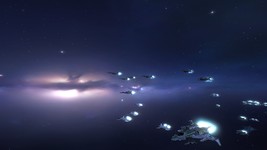 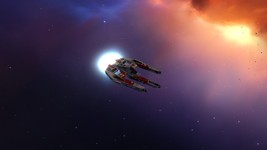 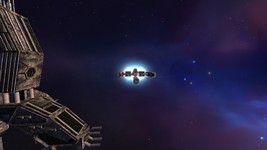 I've started the work again on the End Run campaign, using the convoy defence mission I released earlier as a template. Working now on the first mission, which should be a tutorial of sorts, with the TCS Tarawa and temporary escorts (two Exeter and one Venture) getting some quickly arranged training for the CAG and gunnery crew, with the help of Armada's TCS Lexington some time before it leaves for its ill-fated mission to Kilrah. A cameo of sorts that I found adequate since both ships raced to Kilrah.

As you can see, I still have to get the icons and a few things, but the main assets seem to be working for this mission, so I will be able to experiment with the scripts. The idea is to get the player to familiarize with the use of each kind of fighter available, Ferret, Rapier and Sabre (it's crazy how small the Ferret is compared to those heavier fighters, but I checked the numbers with the displayed result and it does fit with the data we have on them), some useful commands such as the missile defence scripts, patrol and that kind of thing, then have mock combat against Lexington's air wing followed by a simulated attack on the heavy carrier and its sole escort (another Exeter), the mission culminating in a counter-attack from Lexington's Broadsword group. With this, the player should have a good hang on the game.