On Friday, we shared the Royal Marine Bands playing the Wing Commander movie overture… and then we got to thinking: just how do you license music from Wing Commander, anyway? Investigation revealed that FOX Music handles licensing songs from composer David Arnold. The overture recieves two listings: one for the original soundtrack and one for a 2006 library of production music. That's right: it's another previously unseen CD that includes Wing Commander music! Top Shelf Library is a five-disc set of film music that includes the Wing Commander overture on disc 3 ("Action/Epic/Heroic.") This is an example of library music, which is where movie productions source non-original music. If, say, someone cutting a trailer or making a commercial wanted to use the track, they would pay FOX and take it from this disc. The process is digital today, but until the early 2000s involved actual libraries of CDs, like those pictured here. We've sourced our own copy, and will post a digital copy of the track when it arrives! 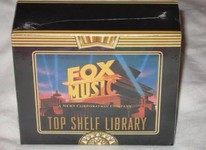 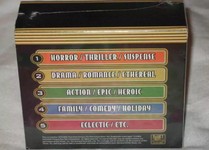 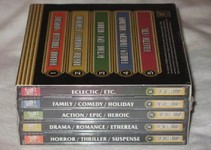