We recently ran an article running through the history of Electronic Arts' "CD-ROM Classics" line of re-releases. This week, I made a cool discovery on eBay: a bundle containing five of the first wave CD-ROM Classics together in a slipcover. Bundling unsold software in this way has a long tradition; in fact, Origin's own "Ultima Value Pak" (1990) is one of the more sought-after Ultima collectibles! But until today, I'd never seen a Wing Commander (in this case Privateer) re-released in such a manner.

In honor of this discovery, I thought I would put together a quick guide to 'Paks.' What's a Pak? Well, it's a seemingly-intentional misspelling of 'pack' that Origin and later Electronic Arts used to market 'shovelware' budget re-releases. The concept is simple: once a game is no longer selling new copies, it can be re-sold bundled with others in collections (sometimes at a discount.) The sales strategy for 'Paks' really came into its own with the rise of the CD-ROM, which significantly decreased the cost of reproducing older games.

Here we are listing every known 'Pak' that includes a Wing Commander game. Electronic Arts marketed many 'Pak' products beyond those listed, often with themes such as the 'Fantasy Pak' or the 'Sports Pak'... but since they didn't bother to include any Wing Commanders in these, other communities will have to do that research! We've identified eight Paks that include Wing Commander games and there may be more out there... if you know of another, please let us know! 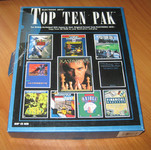 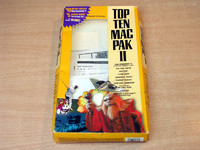 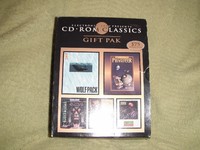 Space Adventure Pak (1996)
Notes: EA put out two 'wide box' paks in 1996, both of which included Wing Commander III (the other was the Origin Pak, listed below.) These included the original documentation for each game.
Includes: Crusader: No Remorse, Wing Commander III: Heart of the Tiger, Shockwave Assault 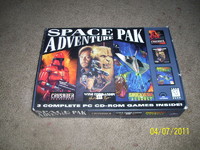 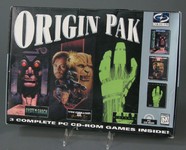 Extreme Fun Pak (1997)
Notes: Although this uses the 'Pak' name, it was actually produced by Apple Computer rather than Electronic Arts! That's right, Apple released a version of Wing Commander III. The Extreme Fun Pak was sold through direct mail and alongside Apple computers of the era... and boy is the artwork from the 1990s!
Includes: Marathon 2: Durandal, Wing Commander III: Heart of the Tiger, Flight Unlimited, Panzer General, Entomorph, Diamonds 3D