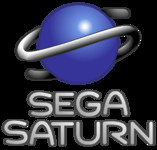 The year is 1995 and it is the height of a pitched battle between console manufacturers. These are Thunderdome rules: five systems enter, one system leaves. The stakes are much greater than just the current generation of console hardware; what happens here will set a course for decades of game development. Five contenders vie for the crown: the 3DO Interactive Multiplayer, Atari Jaguar, Sega Saturn, Sony PlayStation and Nintendo 64. The winner, of course, was the upstart PlayStation. The unexpected magnitude of its success would make Sony a gaming powerhouse that continues to succeed today.

In the midst of this fight, Origin Systems was setting the PC gaming world on fire with what they called the first true interactive movie, Wing Commander III. Porting the game, then the most successful PC title of all time, to as many of these consoles as possible was a natural choice. Two options were impossible for technical reasons: the cartridge-based Jaguar and N64 did not have the storage capacity needed for Wing Commander III’s then-massive video sequences. That left three viable candidates: the Interactive Multiplayer, PlayStation... and the Saturn.

Electronic Arts was most eager to support the 3DO, the system being helmed by their founder and former CEO Trip Hawkins. Work on the 3DO port of Wing Commander III began at Origin proper in Austin in late 1994, before the PC version had even shipped. The game was released on June 12, 1995 to excellent reviews (it remains one of the greatest PC conversions of all time)… and a looming recognition that they had backed the wrong horse. In early 1995, EA made the decision to contract out additional versions for the Sony and Sega consoles.

The PlayStation version would be released on March 28, 1996. It was a much more literal port of the PC version, boasting better 3D graphics than the 3DO release while still including some of the extra cutscenes. Unlike Wing Commander 3 3DO, Wing Commander 3 PSX was not developed by Origin or in Texas. A dedicated EA Playstation team in California ported and tested the game (with some QA support from the Wing Commander veterans at Origin late in development.)

At the first-ever Electronic Entertainment Expo (E3) in 1995, Sony announced the “price heard around the world,” sweeping the legs of the competition with the $299 price point for the PlayStation. The 3DO and Saturn, already launched at $700 and $400, could not compete. Origin would go on to port Wing Commander IV to the system, insisting on an internal team to preserve the quality. But in 1995, that outcome was not yet clear. Instead, the Sega Saturn seemed like an extremely promising option. Sega had disrupted the console hardware industry just a few years earlier with the Sega Genesis, slicing up Nintendo’s dominant market share to a degree thought to be impossible. Supporting their first ‘grown up’ release seemed like a no-brainer. Electronic Arts assigned a team to port Wing Commander III to the system… and that’s where the trail goes cold.

Because the Saturn port was developed by Electronic Arts proper or a contractor, there is very little information available from ex-Origin developers familiar with the series. We do not even know what studio was responsible for the title or how much work was really done (the slightest clue is that the Saturn port of Origin’s Crusader: No Remorse was done by Realtime Associates; whether they were involved with Wing Commander is anyone’s guess.)

Here’s what we do know. First, Electronic Arts announced the game in May 1995, with a press release touting that it would be shown at the first-ever Electronic Entertainment Expo (E3):

LOS ANGELES, Calif., May 10, 1995 Electronic Arts (Nasdaq:ERTS), the leading publisher of interactive entertainment CD-ROM software, today announced three titles designed for the Sega Saturn, the advanced entertainment CD-ROM based system from Sega of America. The products are expected to ship in the fall.

The trail then gets much colder. A number of magazines covered the E3 announcement over the next several months, culminating in a late-1996 GamePro feature that discussed upcoming games. All of these articles are small capsules rather than full previews, and none are especially clear about what will make the Saturn version special (there are references to improved framerate, textures and sound quality.)

Here are three magazine references which have been discovered. The first two are from Sega-specific magazines and were written based on the E3 appearance (the first is from issue 25 of Sega Visions, the US official Sega magazine and the second is from issue 34 of Mean Machines Sega, a UK publication.) The third comes later, and as such is probably the most valuable for knowing how long the game continued: it’s from a late-1995 special edition of GamePro which previews games scheduled for Spring 1996.

This French article, unfortunately unsourced, shares the same screenshot as one of the above, which suggests it was part of a press kit provided to magazines. These may be shots taken from the already-completed 3DO port (the PlayStation port has full color comms but no cockpits.) 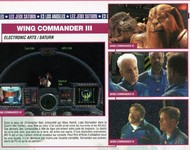 Finally, we have the advertisement. Origin ran these ‘universe expanding’ magazine ads in video game outlets starting in late 1995 up until the release of the Playstation version in early 1996. 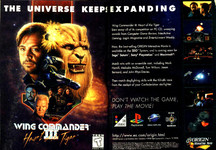 When was the game cancelled and how far along was it? That’s the biggest question and at this point we don’t know. An unsourced February 1996 Usenet post claims the game has been axed at this point, which seems likely… and seems to indicate that the game may have had almost a full year of development put into it. Sega-specific magazines even suggest that it may have survived much longer, with release dates that range from January 1996 to January 1997 (this last date may be wishful thinking, as it would suggest the game was in development for 18 months!) Sega Retro has kept a running tally of future releases are an interesting source:

How much of Wing Commander III Saturn was finished? Is there an early build out there somewhere, or documentation or other material? With a year--or more?--of development there is likely something interesting somewhere. The quest continues!

(Note for the sake of historical accuracy that the fifth generation of game consoles includes several also-rans beyond these five that never made it to worldwide launches. Two of these--the FM Towns Marty and the Amiga CD32--had Wing Commander ports. Additionally, as you will note from the advertisement, Origin also developed a Macintosh port of Wing Commander III which released in September 1995.)