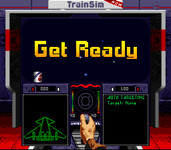 Remember the TrainSim (aka Squadron)? The 'arcade game' in the Tiger's Claw was both your first step into the original Wing Commander and a fun way to learn to fight the Kilrathi. Under the hood, the game treats the TrainSim as its own series of four missions (in fact, this is likely why there are four 'slots' in each series for potential missions in the first two games.) Each of these missions has four Nav Points that the player can't see because you can't access navigation or the map. The first has the wave with one enemy, the second two, the third three and the fourth four. A careful examination of the game's data reveals that each of these nav points has its own name... and they can be pretty funny!

Here are the point (or wave) names from the original version of the game:

For The Secret Missions, the names are changed up (except the Salthi!)