SEIZE THAT MAN! No, not because he intends to disrupt a plot to start a war with the Border Worlds… but because he is an imposter! The dashing, young blue-haired pilot chatting with Angel about statistics and Shotglass about space drinks (or for Super Nintendo veterans, space desserts) is not future destroyer of worlds Christopher “Maverick” Blair at all… he is Carl “Prankster” LaFong! For too long, the Wing Community has wilfully ignored the great crisis of our age, the multi-Blair issue (aka the Blairadox.) With this post, that all changes.

It is an established fact that the player character in the original Wing Commander did not initially have a name and that because of this fact later adaptations and updates that might need to refer to him took many different and seemingly irreconcilable tacts for referring to him before Wing Commander III introduced us to Christopher Blair in the form of Mark Hamill. Today, we propose that the hero of Wing Commander I, The Secret Missions and The Secret Missions 2: Crusade is not and was not ever Christopher Blair.

We propose that the hero of Wing Commander I and the two addons is and always must be Carl LaFong. LaFong is the author of the first two sections of the Ultimate Strategy Guide and he is the man who flew missions like Enyo 1 and Kurasawa 2. Christopher Blair, then, is the character introduced in “Red and Blue” and the 1999 movie. He is a fellow Tiger’s Claw pilot, he attended the same class as Maniac and Prankster at the Academy and he was present for the Vega Campaign. But his early adventures are told exclusively in the movie and on Wing Commander Academy.

Why is all of this a problem?

The biggest issue caused by the Blair retcon is that it invalidates Mike Harrison’s seminal Wing Commander I & II: The Ultimate Strategy Guide. As was common for top tier hint books of the day, the Ultimate Strategy Guide (henceforth referred to as USG) adapted the games it was discussing as a prose story. In a very real sense, the USG is the first Wing Commander novel. But it isn’t a story about the exploits of Maverick Blair… it’s the memoirs, written well after the war, of one Carl T. LaFong. The guide covers LaFong’s early years at the Academy and then his combat missions.

More than any other Wing Commander volume, the guide has informed later material. Much of it was printed wholesale in Origin’s licensor bible and as a result it is referred to throughout supporting material, from obscure references in the Customizable Card Game (“The Maniac Solution” and many others) to helping form the conceptual basis for the Academy animated series and even the Maniac/Blair relationship that formed the heart of the 1999 film. In short, the book is a massive part of Wing Commander’s canon and history, a major influencer on the series… and it is not something we should delete because later stories needed to specify more about the era!

This solution is not just about preserving a historical artifact, it is about correcting the history of the Wing Commander Universe itself. Later stories, like the TV show and movie, did not believe they needed to respect Wing Commander I as a strict story at all, and instead they gave the character a new backstory and new relationships with the Tiger’s Claw pilots. One of the most significant criticisms of the movie is that Blair and Angel are too close, that Blair should know Paladin was a spy in Wing Commander I, that the original characters should continue to rag on him for his later-established heritage and the like. But none of that matters if you aren’t Blair in the game! Carl LaFong isn’t a Pilgrim, he didn’t have a relationship with Angel and he has no idea Paladin is secretly with Naval Intelligence.

The timeline, too, matters. Even though it does not feature a direct linear story like later games, Wing Commander I has a fairly well established timeline. With the additional context of the UCG, Claw Marks and other sources, the 40 missions exist relative to one another in a fairly established story that happens at a specific time. Here again, later sources have provided disruption. Especially: the movie novel Pilgrim Stars, which puts Blair and company in captivity aboard a Pilgrim supercruiser for weeks in the middle of the game. That’s okay, we can now state, because Carl LaFong was still flying off the Tiger’s Claw and fighting the Vega Campaign at that time!

Let us continue by walking through a list of the ‘other Blairs’ that have appeared over time.

The Hero with a Thousand Faces 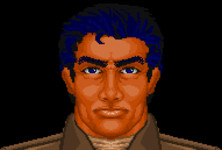 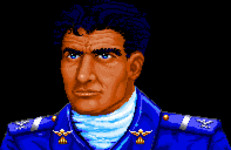 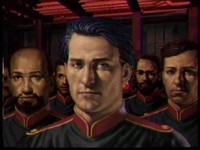 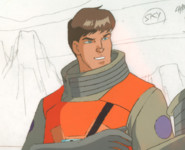 Is there any other evidence that supports this theory?

Now, my beloved countrymen, the decision falls to you. Carl LaFong’s achievements have been wrongfully supplanted and ignored by history. It’s time to make this right, once and for all. Please vote in today’s poll and decide the fate of who we consider the protagonist of Wing Commander I. LaFong vs. Blair, the ultimate showdown. It is time to decide whether or not the Wing Commander Combat Information Center triggers BLAIRXIT.